Due to the ongoing pandemic, ONNY has postponed its Baroque concert, scheduled for February 13 and 14, 2021. The concert is re-scheduled for Saturday, June 5 and Sunday, June 6, streaming online. We regret any inconvenience this may cause.

Pre-Concert Conversation with Kenneth Andrews and Soloist, Joyce Cheng 30 minutes prior to the concert

The Baroque Orchestra of ONNY proudly presents a program that goes beyond the Baroque time period to include music from the Classical period, the 21st century, and a set of dances written in the style of the 16th century Renaissance. 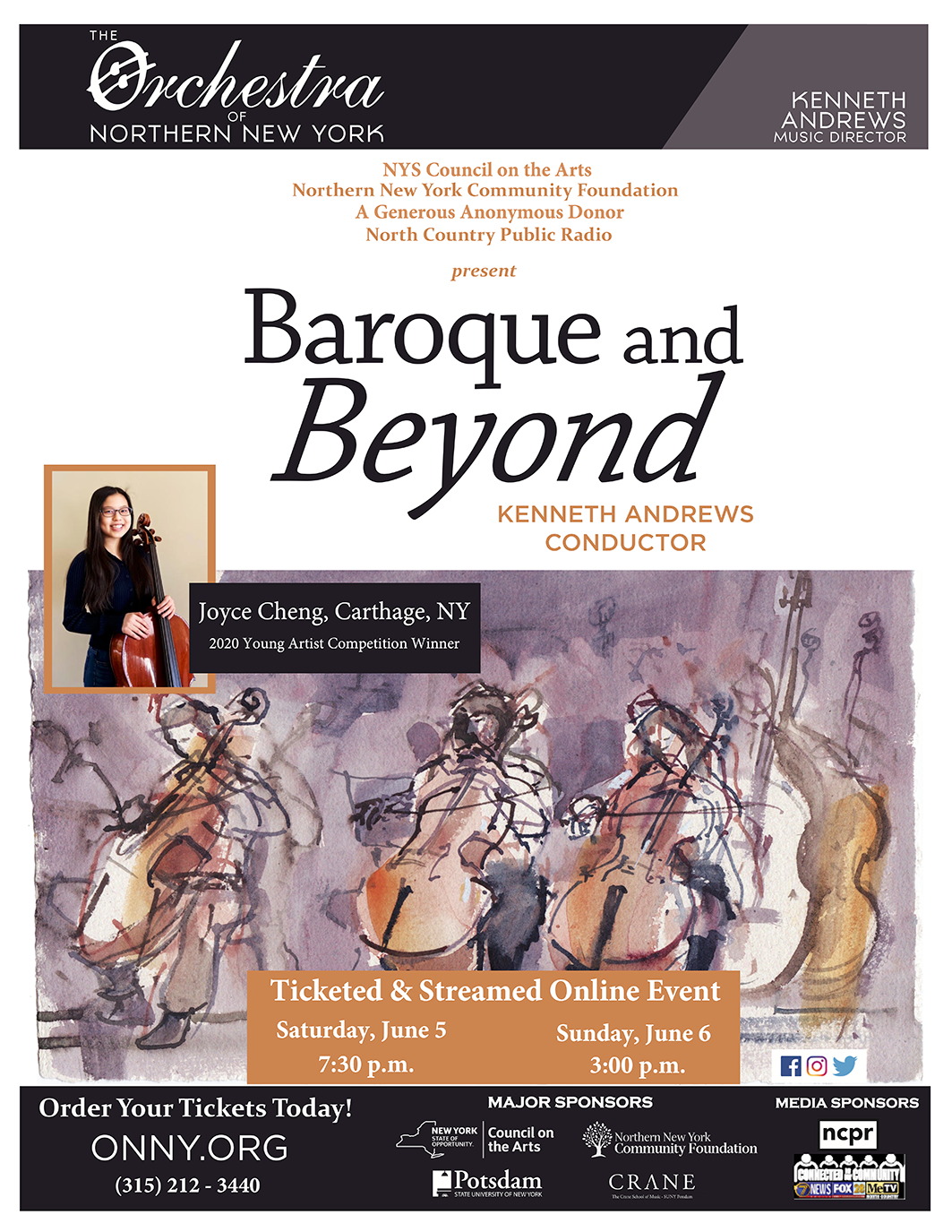 ONNY is supported in part by NYSCA, a state agency, with the support of Governor Andrew Cuomo and the NYS Legislature.

Proud member of the: