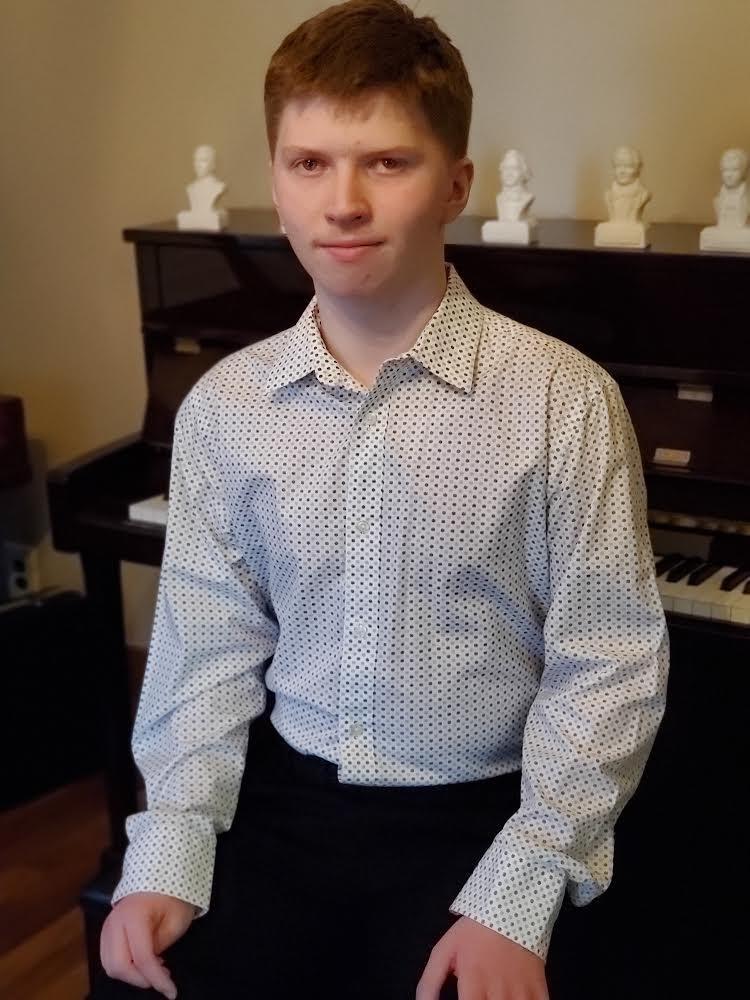 The Orchestra of Northern New York will perform a new work composed by a 9th grader when it presents Dreams of Spring, Saturday, April 2 at 7:30 pm in SUNY Potsdam’s Hosmer Hall and Sunday, April 3 at 3 pm in Watertown’s First Presbyterian Church.

Constantine Darie originally composed WAVES in MuseScore during the pandemic that started two years ago. He began composing after being introduced to the computer program, Garage Band, by former Crane School of Music student Thomas Lawton, who is currently a music teacher at the Harlem Children’s Zone.

He is self-taught in MuseScore and FL Studio, and has participated in the NYSSMA electronic composition program as well as the Crane Youth Music program held each summer. Currently, Constantine is being coached in composition by Lorie Gruneisen, a published composer, who has given him input for the orchestration of WAVES.

Mrs. Gruneisen plays violin in The Orchestra of Northern New York, and brought this talented teenager to the attention of ONNY’s Music Director and Conductor, Ken Andrews. She says, “Constantine is a gifted young man who, I believe, will continue to excel and quite possibly be an innovator in the field of music. His compositions are in a contemporary style and very pleasing to the ear.”

“ONNY is pleased to premiere this new work by a gifted young composer, Constantine Darie. May his achievement inspire other young musicians to follow in his footsteps for they are the future of music,” says Andrews.

In addition to composing, Darie plays several instruments, including piano, cello, and electric bass. He is a member of ensembles and orchestras including the North Country Connections Orchestra, in which he plays with his mother and sister. He also performs with the Potsdam High School orchestra, its jazz band, and the All-County Orchestra and Chorus.

This summer, Constantine plans to study composition at the Walden School in New Hampshire. His compositions can be found in MuseScore and SoundCloud under the name Kostaki01.

He is the son of Costel C. Darie and Alisa G. Wood, Potsdam.