Margaret Chalker to Perform with the Orchestra of Northern New York 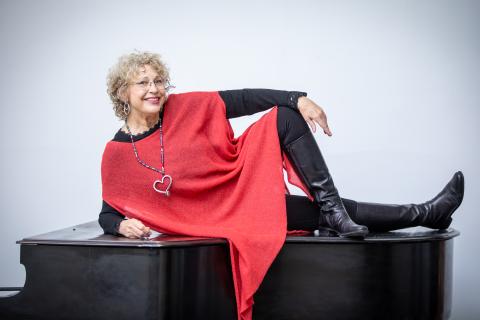 Ms. Chalker is a faculty member at the Crane School of Music, where she is a visiting professor of voice. She began at Crane in 2017 following an extensive career that spanned two continents. She has sung with the Syracuse Symphony, Buffalo Philharmonic, and the Columbus and Seattle Symphonies. She made her New York City debut with the Music Today Orchestra. Ms. Chalker spent several years performing with Opera Companies of the U.S.A. when she sang with Omaha Opera, St. Paul Summer Opera, Glimmerglass Opera, and the Houston Grand Opera. She was also featured at the famous Mostly Mozart Festival at Lincoln Center.

For 25 years, she performed approximately 900 performances of 40 different roles with the prestigious Opernhaus Zurich in Switzerland. During that time, she was also a guest soloist in Germany and the Czech Republic.

Her repertoire spans from Baroque to contemporary, including large and chamber orchestral works. In 2013, she returned to the U.S., settling in Massena to be close to family, and subsequently joined the faculty at the Crane School of Music.

For PEACE ON EARTH, Ms. Chalker will perform “Let the Bright Seraphim,” “O Holy Night” and other holiday carols.

She will be joined by a Holiday Festival Chorus of nearly 150 students on Friday, December 16th comprised of students from Massena Central High School, Canton Central, Norwood-Norfolk Central, Madrid-Waddington Central, Clifton-Fine Central School and Brasher Falls Central. Malone students from the Middle School and High School will sing with Ms. Chalker on Saturday night. Both groups will perform “Glory to God,” “Let There Be Peace on Earth,” and “Joy to the World” with Ms. Chalker. For nearly all students, this will be their first opportunity to sing with a professional orchestra and star of Ms. Chalker’s caliber.

The program is sponsored by the New York State Council on the Arts, the Northern New York Community Foundation, and Adirondack Paint & Hardware, Malone.

The Malone Music Boosters are offering special discounted tickets for the concert. Adults are $20; seniors, military personnel, first responders, and healthcare workers are $17; college students are $10; and teens (13-17) are $5. Children, 12 and younger, are always admitted free, but do require a ticket for admission.

For more information or to purchase tickets in advance, visit onny.org or call 315-212-3440. Tickets may also be available at the door, but advanced ticket purchases are strongly encouraged.