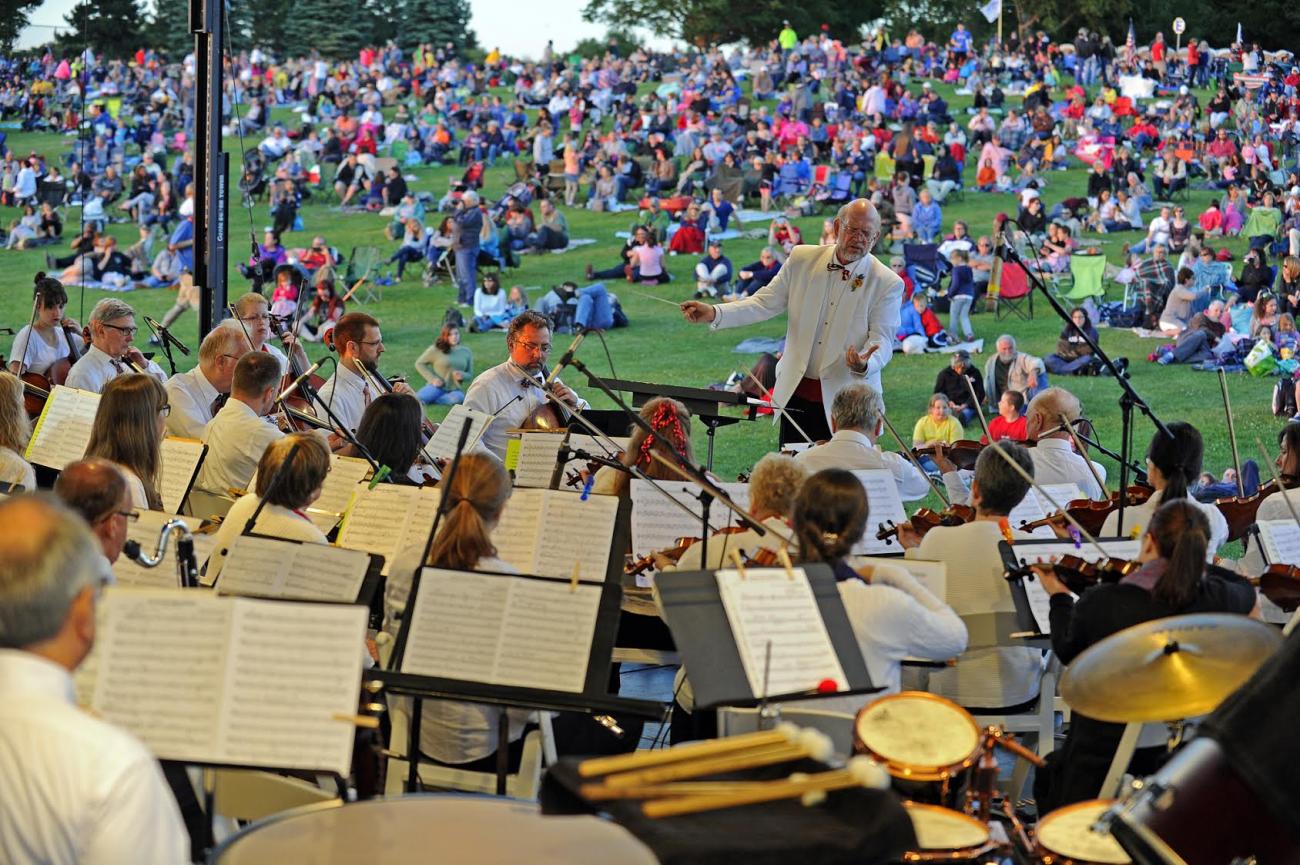 POTSDAM – The Orchestra of Northern New York will honor America’s veterans and celebrate the world’s fascination with space when it presents four performances of its summer Pops concert, Adventures in Space, June 30 – July 3rd.

Maestro Kenneth Andrews conducts the concert by 60 professional musicians, which begins with the Star-Spangled Banner followed by America the Beautiful and Fanfare for Democracy.  A particularly poignant time in the concert occurs when the ever-popular Armed Forces Salute is performed. Americans who have served their country stand tall as the orchestra plays their theme of various branches of the armed services. Audience members applaud enthusiastically each year to recognize the service and sacrifice of these dedicated countrymen.

The second half of the program highlights America’s fascination with space with selections from Apollo 13, Star Wars, Holst’s The Planets and Star Trek.

Free performances are slated for: June 30th at 8 pm in Thompson Park, Watertown; July 1 at 7 pm at Paul Smith’s College; and July 2 a private performance at 7 pm in Thousand Island Park, Wellesley Island. A ticketed concert will take place on Sunday, July 3 at 7:30 pm at Hosmer Hall, SUNY Potsdam.